The Off-Broadway musical Daddy Long Legs made theatre history Dec. 10 by being the first-ever Off-Broadway performance to be broadcast online to the world for free. The broadcast was seen in 135 countries worldwide, by over 150,000 people.

According to press representatives, “the total viewing audience is equivalent to 2.7 years of sold out audiences in the Davenport Theatre and 10.4 weeks of sold out Wicked audiences, all within a 24-hour period.”

The two-actor production officially opened at the Davenport Theatre Sept. 28. The new musical, about a romance that spans several years and is developed through letters, features music and lyrics by Tony nominee Paul Gordon and a book by Tony winner John Caird. Caird, who also directs, reunites with Gordon following their earlier collaboration on the Tony-nominated Jane Eyre.

The Off-Broadway premiere began previews Sept. 10, starringMegan McGinnis ( Les Misérables), who has been attached to the project since its 2009 debut, alongside Paul Alexander Nolan ( Once, Jesus Christ Superstar).  McGinnis’ real-life husband, Adam Halpin, took over the role on Nov. 20. The couple are scheduled to perform together onstage through February 2016.

A Fine Showmance: Why Daddy Long Legs‘ Megan McGinnis and Husband, Adam Halpin, Were Destined To Be Co-Stars

The musical is based on the 1912 novel by Jean Webster. Set in turn-of-the-century New England, it tells the story of Jerusha Abbott, the oldest orphan in the John Grier Home. A mysterious benefactor agrees to send her to college under the condition that she writes him a letter once a month, and through this correspondence, she shares her experiences of discovering literature, adventure, love and self. Not knowing who her aid is, she dubs him “Daddy Long Legs.”

The show, produced by Ken Davenport ( Kinky Boots) and Michael Jackowitz ( How To Succeed in Business…), premiered at California’s Rubicon Theatre Company in 2009 and has had acclaimed productions throughout the United States as well as international productions in Canada, Tokyo and London’s West End.

The New York production features scenic and costume design by Olivier Award winner and Tony Award nominee David Farley ( Sunday in the Park With George), lighting design by Paul Toben ( The Story Of My Life), sound design by Peter Fitzgerald and music direction, arrangements and orchestrations by Brad Haak ( An American in Paris).

Married Duo Megan McGinnis and Adam Halpin on Sexy Role-Playing, Getting Together for Obama and Falling in Love Nightly at Daddy Long Legs (Broadway.com) 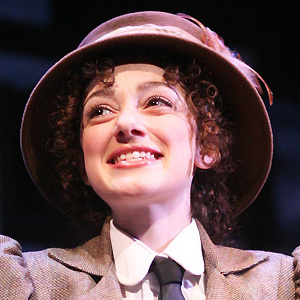 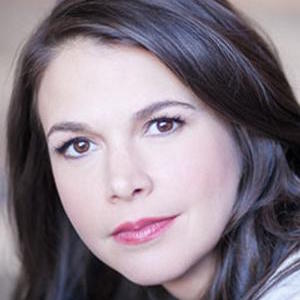